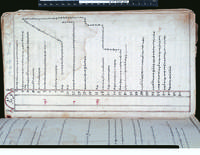 Ilmu Perbintangan
The phenomenon of diary keeping seems to be peculiar to south sulawesi area. 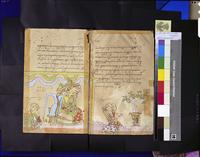 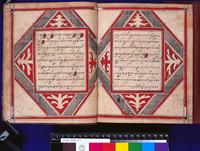 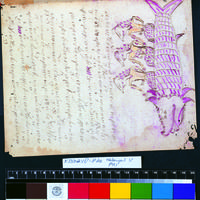 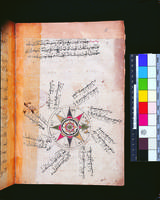 Jimat 1
Detail from Kutika, a divination table showing the procession of well and ill omened days through the Muslim year. Jimat 2
Detail of a Malay jimat, this one originating from Aceh.

Jimat dari Aceh
An acehnese jimat manuscript, written in Malay. This example illustrates one aspect of the role of malay in Acehnese society. Note the beauty of the jimat in comparison to the often rather palin Acehnese language manuscripts. A jimat had intrinsic magical or mystical value. 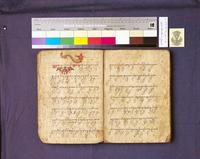 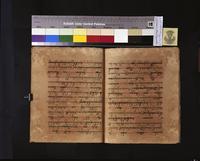 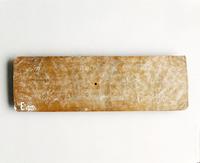 Kebantenan
One of the kebantenan plates, an example of old Sundanese script, inscribed for Sri Baduga Maharaja.