There are two collections available in this project. The first one is a collection of several programs produced by Manajemen Qolbu Television (MQTV). The second collection consists of several episodes of a program called Republik Mimpi.

With the passing of the Regional Autonomy Law (Law No 22/1999) and the Regional Fiscal Law (Law No 25/1999), both enacted on 2 January 2001, many people in Indonesia believed that a new era of prosperity was beckoning. Suddenly, each province in Indonesia would be allowed to determine its own economic direction with less intervention from Jakarta. For the first time, the authority and responsibility to control economic resources and activities shifted from center to region. These two laws opened opportunities for people who live outside Jakarta to establish local television stations. In addition, when President Abdul Rahman Wahid disbanded the Ministry of Information in October 1999, which controlled licenses for any mass media operations, permission was no longer needed from Jakarta.

Republik Mimpi (RM), which can be translated either as Dreaming Republic or Republic of Dreams, is the first (and one might argue the only) political satire program of its caliber in the history of Indonesian Television. It has inspired several other programs, but none so far has come close to the reputation of RM. It is very smart, bold, and respectful to the intelligence of its audience. The program is created and co-produced by Effendi Gazali (MA, Cornell University, USA; PhD, Radboud Nijmegen University, The Netherlands), a faculty member in the Communication Department of the University of Indonesia. He was influenced by Jon Stewart's Daily Show and the now defunct British television program called Spitting Image (Ed Davies, 2007). 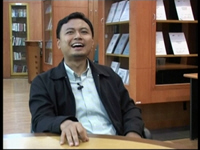 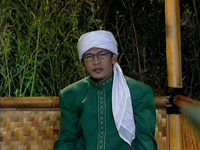