A few years ago, prison doors in Indonesia and East Timor swung open to release hundreds of East Timorese nationalists imprisoned for supporting their country's 24-year struggle for independence. The most famous was José Alexandre 'Xanana' Gusmão, today president of the Democratic Republic of East Timor who returned to his country to the acclaim of wildly-cheering crowds.

In the following period ex-prisoners organised themselves into the Associação dos ex-Prisoneiros Politícos do Timor-Leste (Association of former Political Prisoners of East Timor, ASEPPOL), which estimated that around 10,000 people living in East Timor today suffered imprisonment. Many of these had been tortured. Countless others died in prison or disappeared without a trace. For each person imprisoned, a wider circle of family and friends was affected — by the anguish of separation from the victim, by knowledge of his or her suffering, by the loss of a breadwinner, and by stigmatisation and political persecution arising from the relationship. Children were especially marked by the imprisonment of family members.

Working with ASEPPOL, the Living Memory project aims to create a video archive based on interviews with these ex-prisoners. Inspired in part by Stephen Spielberg's Shoah Visual History Foundation, the project will collect, preserve and catalogue testimony from political prisoners, to be held for future generations as part of East Timor's national heritage. The archive will also be accessible in various formats as an educational and media resource nationally and internationally.

Interviews will be formulated to elicit information on the impact of imprisonment on ex-prisoners' health, providing an invaluable database to plan strategies for treatment, especially in the case of torture victims.

The Living Memory Project at East Timor is managed by Jill Jolliffe and provides videos and images of ex-prisoners in East Timor. 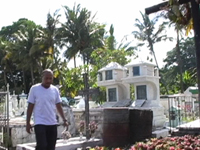 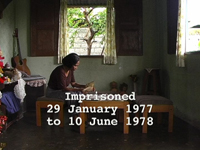 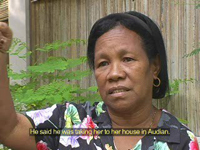 Interview with Rosa Pereira do Rêgo 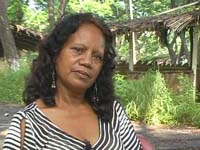 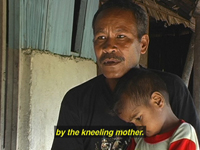 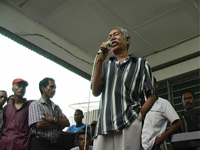 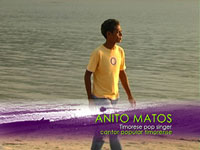